COLUMN: Oil rigs, city lights, rock bands, icebergs, crummy animation, and on-camera presenters wearing perfect make-up and phony smiles all made appearances in the 10 commercials that ran during Sunday morning’s episode of “Face the Nation.” But what were they selling, and to whom were they selling it?

ExxonMobile
Before discussing their slickly produced spot, it might be beneficial to remember that this is a company so huge that it continued making profits even after paying more than three-and-one-half billion dollars in a futile attempt to make the Exxon Valdez oil spill fade from public consciousness. This is not just a mere conglomerate, it is an empire. The online realm of ExxonMobile has a charmingly misleading statement on the corporate page of their Web site: “We are the world’s largest publicly traded international oil and gas company, providing energy that helps underpin growing economies and improve living standards around the world.” 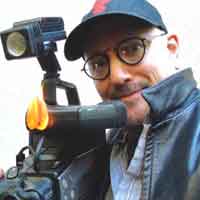 With all that in mind, a commercial would have to be spectacular to stop an intelligent viewer from frowning when their red logo pops up on the screen. And their advertising is far from spectacular. This particular spot is a brightly-lit conglomeration of live action and computer generated animation. It is also devoid of any humanistic touches, including the nervously grinning doofus who reads the scripted words of praise about “breakthrough technology…to access cleaner burning natural gas…to heat 50 million homes for almost a decade.”

Okay, first of all, showing us Erik Oswald, a “Senior Research Geoscientist,” is on the same level as hiring an unknown character actor and dressing him up like a doctor. And second, if what he was reading to us were true, don’t you think it would be making headlines? Especially now, when so much economic news about homes is negative.

This commercial, part of an odious series, is pure misinformation. As such, it should be studied in communications classes right alongside the work of Joseph Goebbels, head of the Reich Ministry for People’s Enlightenment and Propaganda.

Naturally, it’s easy to be on the side of an organization dedicated to calling attention to “large and growing budget deficits, dismal national and personal savings rates, and a ballooning national debt that endangers the viability of Social Security, Medicare, and our economy itself,” as they say on their site, www.pgpf.org. In addition, the look of their commercial is magnificent, with deep-focus views of icebergs, clouds, ships, and choppy seas stretching to the horizon, all in that ultra-rich color cinematography that looks like steel which has been polished to the point of appearing translucent.

However, the whole thing doesn’t accomplish anything other than directing people to their site for more information. Perhaps it fails because of context. If you’re in the same room with such practiced liars as Goebbels or even Frank Luntz, his modern-day equivalent, your statements might fall a little flat even if you’re telling the truth.

Chevron
More flashing lights of overcrowded cities, plus disingenuousness galore, including a disarming statement that “this isn’t a liberal or conservative issue” and a plea that we use less energy, both of which are odd coming from a leader in one of the most rapacious industries on the planet. The clean look of the production is notable but strange under the circumstances. Because they think you are a complete moron, they direct you to visit this odd site: willyoujoinus.com. As if.

IBM
With quick bursts of images, both live action and animated, this spot is an ode to the beauty of mathematics. “Let’s build a smarter planet,” they say. Well, okay. Tell me more or show me where to go to get started. It can’t just be a matter of buying IBM products.

Toyota
At last, a spot that leads to something affirmative. The message of the spot is simple: less negativity, more positive action. If you want to join them, you can get a ton of interactive information at toyota.com/whynot.

Bank of America
Why is an insolvent bank advertising on network television, I ask myself and everyone involved in the bailout. That said, the spot is beautifully made, with glowing photography, smooth editing and excellent music.

T. Rowe Price
Oil rigs at sea in animation and live action. For an investment company. Okay, I guess. Does that mean TRP invests in oil rigs? Am I supposed to get a secure feeling from this?

Oil and Gas Industry
Yup, here’s an ad from a lobbying organization. How does it feel to have corporate whores presenting you with a dog-and-pony show? Perhaps that should be called a dog-and-pony-up-some-money show. They even have the gall to invite you to go online to read more of their lies at energytomorrow.org. Talk about lack of regulation: the org domains were supposed to be for legitimate nonprofit organizations, not shills for humongous corporate entities engaging in pillaging the earth.

American Chemistry Council
Farms in the country, construction in the city. And more city lights! Medical procedures followed by kids playing. The American flag and NASA. Lipstick. What? Yes, lipstick. It’s all of “What’s essential 2 American life.” When the cosmetics appear, there’s a super that reads “essential2american beauty.” If you go to the American Chemistry Council Web site, you see that they “make the products that help keep you safe and healthy and create a brighter future for you and your family.” Aww, doesn’t that just melt your heart? “We are nearly one million men and women dedicated to making sure you have what you need for today and tomorrow.” Things like sarin, hydrogen cyanide, cyanogen chloride, napalm, agent orange. . . .

Microsoft
This was the weirdest of them all. With quirky animation designed to resemble a USC student film circa 1974, we hear a badly recorded interview with Bob McKnight, head of Quiksilver, makers of clothing for surfing, skating, or snow riding. He is asked about the “economic tsunami” and his first answer is “Um,” which the animators gleefully spell out across the screen “Ummmmmmmm.” Despite the frivolous nature of the visuals, the interview topics turn serious. “Watch the management of your assets very carefully.” Well, duh. “Without technology, we would be nowhere, it helps you to still rip it up.” Well, WTF. Then the spot concludes by telling you to “ask for people_ready enterprise solutions.” Right, “people underscore ready.” This is bad_advertising.