COLUMN: Do you congratulate an ad agency account team when they talk a client into a bad campaign? What if they can do it a second and third time? From the standpoint of salesmanship, you have to respect the suits at Crispin Porter & Bogusky who got Microsoft to shell out for three disastrous campaigns in a row.

The tale begins late last year, when Crispin launched cringe-worthy ads that featured an unfunny Jerry Seinfeld and a wooden Bill Gates speaking in non sequiturs as they bought plastic shoes and invaded a lower class household. No one is admitting how many of these horrifying spots were filmed, but less than a handful ran before the catcalls got so loud that the campaign was shelved. 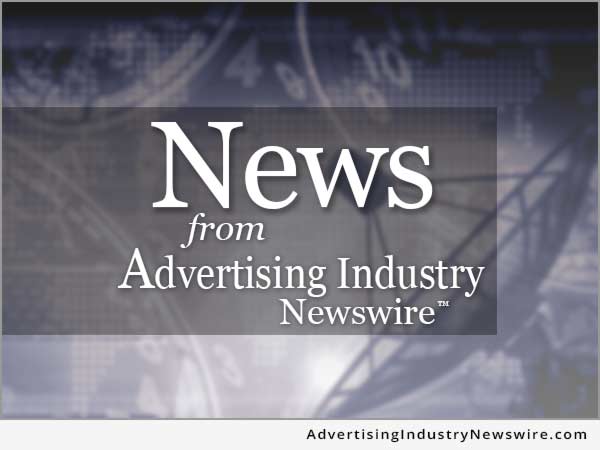 Crispin may be coasting on past glory in their creative department, but boy-oh-boy do they have some killer salespeople! Imagine the guts it took to visit Microsoft after the embarrassment of those idiotic Seinfeld spots and say “We have a new way to spend more of your money! No, wait, two new ways!”

First up was the “I’m a PC” campaign, which tried to be smart and ended up looking smarmy and more than a little stupid, especially when it was revealed that the ads were created using Mac computers. The current version of the campaign (the “campaign extension,” as corporate-speak would have it) shows kids aged four to eight proudly playing with photographs on their computers. The take-away for businesspeople will be “Microsoft is so simple, a caveman can use it.” No, wait, that’s a different campaign. But certainly all dumb people will feel comforted knowing that Microsoft products are within their grasp.

As lame as that concept was, the Crispin account team sold it. And then they went one step further and sold another gem: a campaign that proves Microsoft products are the very definition of cut-rate.

Here’s the set-up: real people are given a thousand bucks to go buy a computer; they’re also told they can keep any money left over after the purchase. In the debut ad, an attractive redhead buys an out-of-date laptop PC and is delighted she still has a couple hundred bucks remaining. There’s been no follow-up to see if the actress is pleased to be associated with the words “dumb” and “cheap.”

I use the word “actress” because the commercial is a fake. It’s not a reality spot when you hire a member of the Screen Actors Guild and stage the “shopping” scenes. The actress is Lauren DeLong, who has appeared in “99 Pieces,” “Hatched,” and “Ladybugs.” She has also appeared under the name Lauren Penner when she played Head Nurse in “This Hollow Sacrament” and under the name Lauren Kuhn when she played Jacuzzi Girl in “7eventy 5ive.”

The funny thing is that she’s by far the best thing about the commercial. If the spot had been real, people might have liked to learn more about her and how she enjoyed her HP Laptop. But because everything was contrived, when a reporter contacted her she replied that she had signed a confidentiality agreement and would have to see if she was allowed to speak to the press.

Marketing for Morons
At what point, exactly, did the advertising industry lose control of the situation and go stark, raving bonkers? It seems that anything goes nowadays. People acting like dim-wits? Absolutely. Animals doing silly things for no reason? Sure. Gross-out images just to grab some attention in a message-drenched media marketplace? You bet. Stolen concepts (like the Sony Bravia “Balls” commercial ripped off from a David Letterman stunt and the Fed Ex “crushed caveman” commercial cribbed from the “Bambi Meets Godzilla” movie from many years ago)? Yeah. “Real” commercials that are exposed as completely phony? All the time.

Okay, viewers can live with those problems, especially when using TiVo to avoid a great many of them. But from a marketing perspective, is there ever any thought as to how this foolish behavior relates to the product? Nope. Why is that?

Marketing by Morons
Well, let’s get some things straight about people in the advertising industry. Quite a few of them are earnest, hard-working, and bright individuals who just want to effectively influence people to buy products. Sure, they are also pleased to accept awards and large salaries for their efforts, but they actually do want to create good work. Unfortunately, they mostly toil for lazy, good-for-nothing, money-grubbing, egotistical nincompoops. The managerial ranks in this country are bereft of morality and blind to anything except their own gratification. Lunacy, prevarication and greed are not just reserved for bankers and brokers.

Ad agency writers and art directors often have to answer to a boss who knows less than they do about their own profession. Plus, a great many of these folks are stuck in a large corporate structure that rewards toadyism, backstabbing, and a cover-your-ass approach to everyday business.

In addition, all industries are being inundated by recessionary cutbacks, foreign price-cutting, and shrinking profit margins. To top it off, the marketing people at the client organizations are frequently adept at ruining any good marketing concepts that come their way. “We’ve never done it that way before.” “I don’t get it.” “My wife feels that the concept just doesn’t work.” And so on.

Oh, and here in the U.S., there’s one more alarming factor: a growing workforce that’s super-intelligent at using electronic gizmos but under-educated in terms of almost everything else.

So, while some great advertising ideas are developed, they get watered down, neutered, negated, emasculated, and subjected to death by committee. You see the result almost everywhere you look.

Great Big Piles of Money
If it seems that bad ads are proliferating, you’re right. Corporations are going nuts buying more and more ad placements (see “Advertising, R.I.P.” which started this column several years ago). I’ve been looking at some of the published budget figures for marketing and they are truly astounding. AT&T and Verizon each reportedly spend more than three billion per year on marketing. Right, more than three billion dollars each. Correct me if I’m wrong, but that is a little over eight million dollars a day just to try convincing you to use AT&T. And another eight mil each day for Verizon.

As soon as either one of those firms takes half of that money and puts it into improving their reception and customer service, a strange thing will happen: word-of-mouth from surprised and happy customers will help that firm grab an overwhelming majority of the business. (BTW, the same thing would work for Sprint, which is reportedly spending “only” one point nine billion per year.)

Also, look at these annual budgets: L’Oreal $1.6 billion. Anheuser-Busch $1.3 billion. Wal-Mart $1.1 billion. McDonald’s $1.1 billion. Not to mention the pharmaceutical companies, which are right up there with the big spenders but they do split up their spending on a per drug basis.

And then there’s Microsoft, which is reported to be spending just about one billion dollars on marketing each year. That’s right: they’re spending two point seven million dollars a day to reach you. My guess is that a lot of that money is being spent on incentives, co-op programs, promotions and the like. Because it sure isn’t being spent on persuasive advertising.