BOSTON, Mass. — Street Attack has launched a social media program as part of an ongoing influencer campaign for IzzitGreen.com, Boston’s new green networking, rating and review website. The campaign kicked off in early May 2008, leading up to the official launch of IzzitGreen.com on May 24th. “The authentic nature of IzzitGreen makes this an ideal campaign for our social media-oriented services,” says Street Attack President Terry Lozoff. “In a nutshell, Street Attack acts as a conduit to the social media world, building a relevant online network for our clients while making sure they are fully optimized and taking advantage of the digital world. Our online strategies are based on finding ways to be meaningful to those we reach – authenticity plays a critical role in this process.” 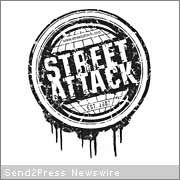 “We can expand a website’s presence exponentially by looking at the entirety of the online social space and seeking out thousands of relevant outlets, finding meaningful communication methods, and integrating quality content,” states Terry Lozoff.

“Street Attack has been actively involved in the green world for years, both as a business and as a group of individuals. IzzitGreen’s concept is one that we truly stand behind, says Director of Network Development Luke Garro, who led Street Attack’s initiative to convert a bio-bus for business use in 2006 and is currently on the docket for Peta2’s Sexiest Vegetarian award. “We want to know that our work has a positive impact on the world. IzzitGreen helps people take small steps that truly make a difference in moving us towards a sustainable future. This is real impact.” Street Attack’s other current green projects include working with Good Magazine on their NYC Greenmarket event in June 2008 and on an upcoming Boston event in the fall, both of which will feature Street Attack’s bio-bus.

Street Attack is a full service marketing agency specializing in alternative and non-traditional programs and online social media services. They are specialists in building authentic communities and harnessing grassroots networks. Since 2001, Street Attack has been building off the latest trends, technology and media to create integrated campaigns that fuse the offline and online worlds.