Yes, they attempted to ruin a lovely song. Yes, the company admits to firing the person who leaked the video. And yes, they are wasting money on an executive with enough spare time to trade misspelled barbs with people on YouTube. But in defending its horrific version of U2’s “One,” Bank of America stands up for dorks, dweebs, jerks, idiots, morons and no-talent greedwhores everywhere. 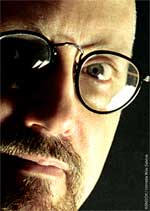 By now, you’ve probably seen and cringed at those two mentally-challenged Bank of America part-timers utterly destroying the lyrical beauty of “One,” a song by U2 from their 1991 “Achtung Baby” album.

Wait. That probably doesn’t go far enough. These guys earnestly, deliberately and painstakingly took this song of angst, longing, heartache, intensity, introspection and communication and walloped the daylights out of it. Crapped all over it, in fact.

If you have not yet had your mind boggled by this thing, try here:

Seeing those two misguided souls doing their little skit in a typical corporate sales meeting room complete with too-bright lighting was hilariously funny in a curiously sad sort of way. Like when you attend the grade school pageant and find yourself smiling and squirming at the antics of the kid in the back row and not knowing where to look when a child in the front row starts picking her nose.

Yes, it’s like that. Only worse because (A) these are, chronologically at least, adults, and (B) the organization is (and I quote from their own materials) “the nation’s leading financial institution.”

Quick: Do I Have a BofA Account I Can Cancel?
My first reaction was to mentally list my bank accounts, IRAs and credit cards to see if I was in possession of one I could cancel. After all, any company stupid enough to permit this travesty shouldn’t be trusted with my money.

The raw lunacy of taking lyrics about the nature of the world at the moment the Berlin Wall fell, then perverting those words, twisting them, torturing them and trashing them to become a paean to a credit card is too outrageous to comprehend. What lack of humanity must affect these two creatures if they can spout such tripe as “pick a card that shows your heart and your pride” and brag about how “we’ll make lots of money” and then, in a stupendous example of Charlie Brown-Nose sucking-up, work several of their fellow employees’ names into the song?

When the stunted sub-human “singer” curdles up his face and spews out the line “Have you met Michelle Sheppard, she’s leading the team in the Northeast?” you have to wonder if there is an iota of sensibility in the guy. (And what of poor Ms. Sheppard? Did she approve this burlesque, or is she an innocent victim of corporate-sponsored buffoonery?)

Different Perspective
Well. Let’s take a step or two back from the wreckage. Perhaps Bank of America is doing us a favor here. By displaying a complete absence of taste, wit or sensitivity, they are lowering the bar for everyone. Maybe we should celebrate BofA for making our jobs easier.

“But it’s better than BofA, right?”

There was a lively debate being waged on YouTube postings. The defender of the BofA garbage was a 61-year-old who accused everyone else of being someone who worked at Taco Bell or McDonald’s and who bragged about being able to retire soon with more money than anyone else could dream of. (Hmm, interesting pattern there, but the two goons in the video did not appear to be 61, although with that lighting, who could really tell?)

One post claimed that the sexagenarian was actually Ken Lewis, the CEO of BofA. Now that couldn’t be, could it? The bank’s Board of Directors wouldn’t sit still for one of its executives having so little to do that he could take time to type out ungrammatical missive after ungrammatical missive on a social video/networking site. Would they? (Note to self: make certain your portfolio does not contain any BofA stock.)

Whoever the jerkoff was, it was strikingly painful to watch him praise the “spirit” of their parody version of the song while almost in the same breath talk about how they have fired the person who posted the video as well as threatening to hunt down any BofA employees who dare to post any disparaging remarks about the repellent duet.

Next Up in BofA’s Campaign to Lower Standards
Possibly, we need to make note of guitarist Jim DuBois and vocalist Ethan Chandler (combined I.Q., 129), not just for being bad apples in the corporate marketing barrel, but for serving as a signpost that warns us to heed the human side of the communications business.

On the other hand, there are still a great many excellent songs that the schlock mongers at BofA can trash. Here are a couple of ideas that they’re probably already working on: Using Brian Wilson’s “God Only Knows” as an announcement of new rates on certificates of deposit, and turning “Strange Fruit” into an ode to home equity loans.