LOS ANGELES, Calif. — Media Mayhem Corporation (MMC) announces Monday exclusive representation of the multi-tiered horror network of web sites that have film and production studios scrambling for placement of their latest projects on the small and silver screens. MMC is delivering successful campaigns hand over fist for major studios such as Warner Brothers, Lions Gate, 20th Century Fox, Universal Pictures among others; in their bid to make the horror network line of sites the place for every horror fan to go to catch the most in-depth campaigns for their latest films.

The horror network is a virtual splatter filled platter of sites such as Horror.net, HorrorExpress.com, and HorrorWatch.com among others. 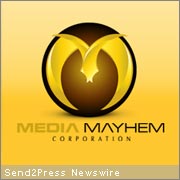 With unique visits nearing the 9 million mark each month, MMC creates unique opportunities for advertisers to reach the horror enthusiast through specializing in niche verticals, standard ads, OTA (Over The Air Transfer), pre-roll impressions, interstitials, banners, and dozens of other digital media forms to reach the masses on a daily basis.

“Whether you are a fan of Freddy, Jason, Michael, or Hellboy…the network that has been weaved here cannot be matched,” says MMC Vice President, Eric Willis. “The horror industry earns billions of dollars each year around the world whether it is in first run films, DVDs, magazines, merchandise, or games. No longer is it acceptable to look at the dark side of this art as a cheap form of entertainment. There are more memorable legends made from horror films and television programming than there are of any other genre out there and it is MMC’s mission to expand the outlets capacity not only for the fans but for the creators and the film studios. Broadening the playing field will allow advertisers to take full advantage of a market that is extremely powerful right out of the box.”

MMC is providing wall to wall resources for films such as Mirrors, which stars Kiefer Sutherland, Paula Patton, and Cameron Boyce. The #1 Box Office smash Hellboy and SAW franchises and will be the sponsors of SCREAMFEST 2008 Horror Film Festival in Los Angeles. From the Slasher films to the Occult, Sci-Fi, Ghost, Zombie, Exploitation, Thriller, Vampire, and other grotesque forms of horror…the web’s deadliest network covers it all and movie studios are literally running to Media Mayhem to make sure their product will be exposed to the very eyes they are meant to appeal to.

MMC will continue to expand its vision over the next decade by not only keeping up with the latest technology and multi-platform media creations but creating their own; carving out a place in the e-commerce world from the likes that have never been seen before.

Media Mayhem is a firm that goes far beyond a typical online advertising network. They represent all of their publishers on an exclusive site-specific basis allowing advertising clients to customize their advertising and media buys. They allow clients to pick and choose individual websites in order to meet their campaign’s target demographic. MMC engages trade and consumer media by leveraging their access and relationships to position clients directly with the key elements that drive popular culture and create new markets of opportunity.

MMC is now recognized to maximize client investments by delivering strategic insight, direct-access relationships and execution across a broad range of global resources. They exercise professional program management throughout their enterprise to deliver flawless results, utilizing the latest in technology, creative services and design to produce cutting-edge environments and experiences for clients – all turnkey and on budget. They maintain a successful track record supporting major corporations with a wide range of strategic and tactical communications programs and projects.

MMC believes that in order to be heard, brands today must engage consumers not only through traditional media, but through live and experiential platforms that speak to the lifestyle which each consumer embraces as their own. They believe lifestyle, music, fashion, film, sports and art are the core passion points of the consumer lifestyle, and form the building blocks for using media as a vehicle to capture mindshare, market share and media for client brands.

This is an advertising representation firm that believes that a company’s media, promotions and public relations strategy must integrate with its advertising strategy. Campaigns that are scalable and broad in scope, both culturally and demographically, and attract enormous media coverage and continue to grow as consumers look for ways to engage in new and nostalgic experiences with family/peers.

As such, they focus on using online and offline initiatives as a medium that delivers an ongoing emotional attachment between companies and their target consumers to drive brand awareness, brand loyalty and brand demand.