CHICAGO, Ill. — GameBeat Studios is pleased to announce they have been awarded the contract to produce the music for the Illinois State Lottery’s 2008 summer campaign. Having beaten out several competitors, this is the second year in a row this award winning music production team has been chosen to do the music for the Lottery’s summer campaign. In 2007 they were awarded the contract which resulted in two Millennium awards for the campaign called “What Would You Do?” which consisted of 4 TV spots and 4 radio spots. This year’s campaign, called “Replay for Riches,” also includes multiple TV and radio spots. GameBeat also produced other spots for the Illinois Lottery including several holiday campaigns.

Interesting is the fact that GameBeat not only produces the music for the general market spots for the lottery, but they provide the music for the Hispanic market campaigns as well. Darryl Duncan, President & CEO of GameBeat explains, “We feel that our versatility is one of our strongest assets as a company. We can produce all styles of music and we are excited to get the opportunity to show our versatility on these Illinois Lottery spots.” 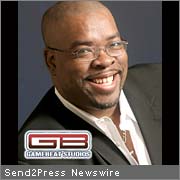 GameBeat’s awards seem to keep stacking up. Within the last 2 years they have won a total of 13 advertising industry awards. 8 Telly awards, 3 Addy awards and 2 Millennium awards. These awards were from their work in past Wal-Mart, Illinois Lottery and Kalahari Resort campaigns.

Having worked extensively with a variety of multi-cultural agencies, Duncan is confident his company is gaining a solid standing as a general market entity without limitations. This talented production house is readily able to compose and produce all types of music and feel they are particularly accomplished in conveying a client’s creative direction into a powerful and targeted musical atmosphere.

“We feel that we control our own destiny as a company,” Duncan asserts. “We firmly believe that with high quality music production services, solid work ethics, high moral business standards, and good ole fashion prayer, GameBeat Studios will continue to solidify their position as a leading provider of custom music production services for the vast and diverse advertising industry.”

GameBeat is also featured on the cover of the May 12th 2008 issue Screen Magazine. Heightening this great honor is the fact that the article was written by the magazine’s owner and publisher Robert Leach.

About Darryl Duncan:
Darryl founded GameBeat Studios in April of 1998. Darryl is a veteran songwriter/producer with several credits in the main stream music industry as a staff songwriter for Warner Brothers and A&M records. Darryl has written for and/or produced artists such as Jeffrey Osborne, Chaka Khan, EW&F, and R. Kelly to name a few. Darryl was even a solo artist himself on Motown in 1987. After several years in the main stream music industry, Darryl decided to transition his career into other arenas and after much research and deliberation, Darryl inevitably followed his passion combining music, electronic entertainment and advertising. Thus, GameBeat Studios was born.

About GameBeat Studios:
GameBeat Studios, LLC was founded in April of 1998 by Darryl S. Duncan. Our list of services has expanded along with the type of clients we serve. GameBeat originally serviced the gaming industry and have been responsible for the music and sound design in popular game titles including John Madden Football, Microsoft’s Zoo Tycoon, The Sims and Dance Dance Revolutions to name a few. However, today the vast majority of our clients are in the commercial advertising and marketing industries. GameBeat’s advertising clients include Kraft, Motorola, Volkswagen, ComEd, Wrigley’s, Tyson Foods, Altoids, The Illinois State Lottery, Wal-Mart, McDonald’s, Sears, Toyota, Miller Beer and The Kalahari Resort hotels.