Haywire Books announces the release of its first title this fall, Jon Sealy's "The Edge of America" (ISBN: 978-1950182008). Drugs. Money. The CIA. Miami in the 1980s evokes a high-wire world of money, criminals, espionage, and plenty of glitz, all of which come to life in this arresting South Florida noir. 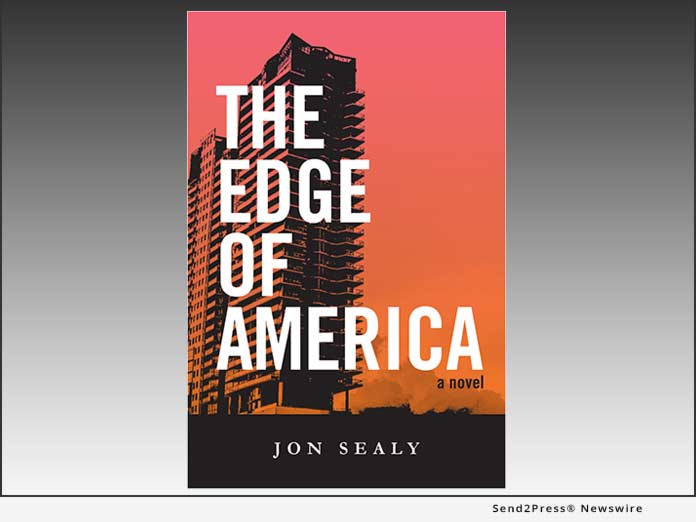 Haywire Books announces the release of its first title this fall, Jon Sealy's "The Edge of America" (ISBN: 978-1950182008). Drugs. Money. The CIA. Miami in the 1980s evokes a high-wire world of money, criminals, espionage, and plenty of glitz, all of which come to life in this arresting South Florida noir.

"I wrote 'The Edge of America' as a result of the 2008 financial crisis," Sealy said. "That fall, fresh out of graduate school, I was adjunct teaching and selling TVs at Circuit City. In the course of a month, my bank failed, the university where I was teaching restructured, and Circuit City filed for bankruptcy. I was out two jobs and a bank and didn't understand any of it."

Sealy's research led him down two paths. His study of the Great Depression yielded his first novel, "The Whiskey Baron" (Hub City Press, 2014), which is about a bootlegger's crumbling whiskey empire in a South Carolina cotton mill town. His study of the 1980s Savings & Loan Crisis gave him "The Edge of America," a South Florida noir in the vein of Graham Greene, Elmore Leonard and Don Winslow.

"The Edge of America" tells the story of Bobby West, the CFO for a Miami holding company and CIA front. After over-leveraging his business in the go-go 1980s financial culture, West turns to a deal-with-the-devil money laundering operation-a deal that quickly goes south when West's daughter makes off with $3 million out of a safe in his house.

With echoes of Iran-Contra and the Orwellian surveillance state, this novel explores greed, power and the limits of the American dream. It was immediately greeted with praise from booksellers and reviewers upon release this fall. The Southern Independent Booksellers Association (SIBA) placed it on its quarterly "Okra Picks" list.

"Sealy has created characters so thorough and a plot so vivid and intense that I had to keep reminding myself it was fiction," said Carl Kranz, a bookseller at Fountain Bookstore in Richmond, Va., adding that "The Edge of America" was "one of the most exciting books I have ever read."

Jon Sealy is the author of "The Whiskey Baron" (Hub City Press, 2014) and "The Edge of America" (Haywire Books, 2019). Hailed as a "grand new talent" (Bret Lott) and a "significant new voice in Southern fiction" (Ron Rash), Sealy is a native of upstate South Carolina and currently lives in Richmond, Va.

Haywire Books is a small publishing house based in Richmond, Va. Dedicated to making sense of a chaotic world, the press publishes novels that help us engage with and better understand the rapidly changing world around us-a world gone haywire. To learn more or purchase books, visit https://www.haywirebooks.com/.