"Bootlegging Kind: An Indoor Story," a work of literature tapped acutely into the exploding marijuana subculture, is receiving rejection when attempting to actively promote itself on a variety of social media channels, according to the author, Ryan James Robinson. 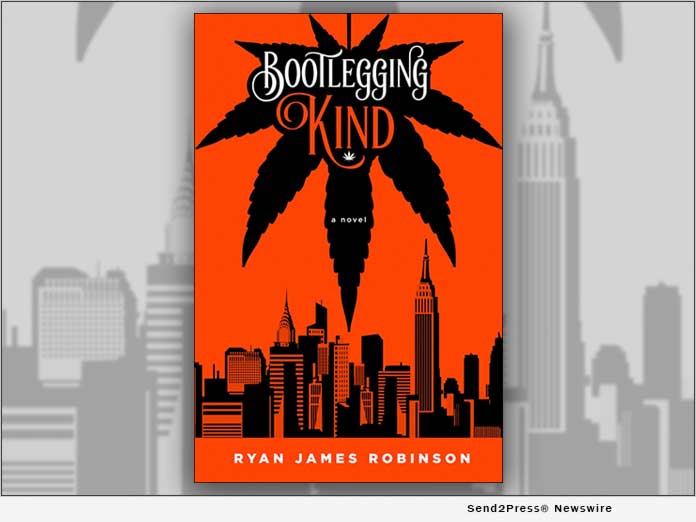 "Bootlegging Kind: An Indoor Story," a work of literature tapped acutely into the exploding marijuana subculture, is receiving rejection when attempting to actively promote itself on a variety of social media channels, according to the author, Ryan James Robinson.

"Despite the novel 'Bootlegging Kind' being a work of literature, it is being treated as an illicit product inappropriate for promotion," says Robinson. "Other cannabis related products face similar scorn despite legitimacy and legality. As social media overall becomes a greater and greater driver behind behavioral and purchasing patterns, 'Bootlegging Kind' and other popular products are being left out of the marketplace."

The book highlights the underground trade of marijuana in New York City but ranges far beyond in touching on issues of racism, inequality and social injustice. Simple marketing imagery, like that of a cannabis leaf, is deemed inappropriate while other, much more controversial material goes unchecked.

As Robinson argues, "Was the first amendment not intended for just such a purpose, to protect the ability to write about any topic, no matter its current legal status? Platforms such as Facebook, Twitter and Instagram have come under fire recently for their lack of willingness to patrol misleading or inflammatory posts, yet still maintain a stranglehold on the sanctity of social media marketing. In the end, who is ultimately deciding what we are allowed to promote, a human being or an algorithm?"

Purchase on Amazon at: https://www.amazon.com/dp/B089FLWKC7