Girls Inspired Globally ('GIG') is a new startup that seeks to allow young women to improve themselves and the world through imaginative use of readily available technologies like smart phone apps, online video, and social media. Members of GIG come from 26 countries and range in age from 16 to 68. 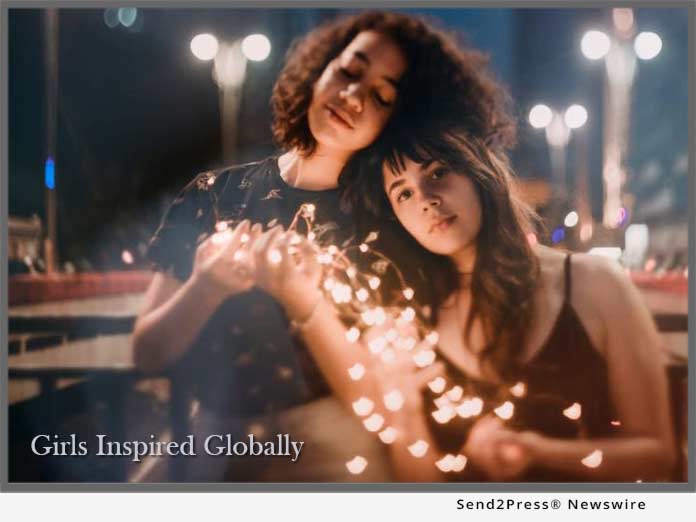 Girls Inspired Globally is a new startup that seeks to allow young women to improve themselves and the world through imaginative use of readily available technologies like smart phone apps, online video, and social media.

According to co-founder and COO Soani Gunawan, "Young people are often accused of wasting incredible amounts of time on social networks and cell phones, and many do. But the same tools can be used to create amazing growth experiences."

Examples: In France, a young woman conducts a worldwide online participatory experiment to explore and feel rare culturally specific emotions such as hygge, sabsung, and shinrin-yoku.

In India, a college student works on an interactive multi-player online video game which invites participants from around the world to cooperate instead of compete.

In China, a teenager builds a startup that utilizes the branch of AI known as Swarm Intelligence to predict which films and TV shows will gain public acclaim.

In California another girl cooperates with a partner in Ghana to import handmade cotton dashikis produced by a Fair Trade social enterprise.

Says Director of Strategy John Toomey, "Every project we support must contain five elements: it must help the world in some meaningful way, encourage skill building, promote friendship, inspire others, and last but not least, be FUN."

According to Educational Director Amy Chang, the process is similar whether a young woman is building a non-profit, a startup, a video game, a charity, an online museum, an NGO, a Fair Trade social enterprise, or a group psychology experiment.

A girl comes up with an idea for a project. Then she
1. Uses GIG's network to find passionate partners;

3. Announces the project to the world with press releases

4. Uses GIG's resources to append expert authority and celebrity attention to the project.

Along the way women practice skills that our modern connected world benefits from, but that are rarely taught in schools: building social media followings, mind mapping, crowdfunding, using press releases to test concepts, and group brainstorming.

The group's philosophy is especially attractive to students, and chapters are forming at Cambridge, Princeton, Yale, Berkeley, Stanford, Harvard, and Oxford.