HC Publishing today announced that "The New American State" (ISBN: 978-1735716008), a book written by political scientist Dimitar Avramov that explains the changes in American politics and the Western form of government, has been made available to Amazon Kindle Unlimited subscribers. 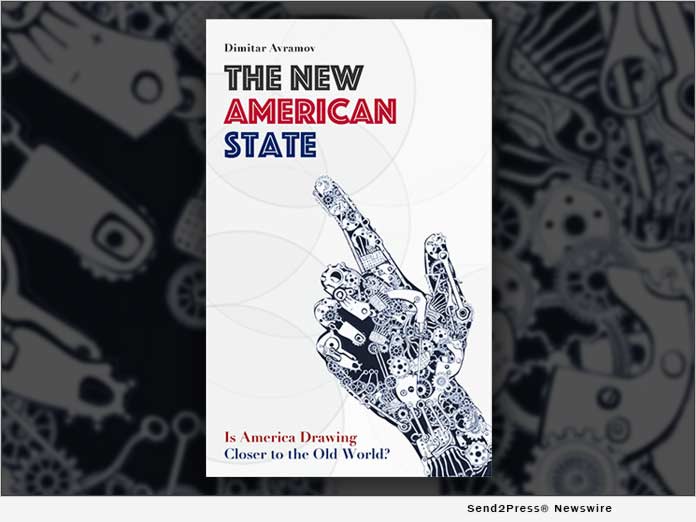 HC Publishing today announced that "The New American State" (ISBN: 978-1735716008), a book written by political scientist Dimitar Avramov that explains the changes in American politics and the Western form of government, has been made available to Amazon Kindle Unlimited subscribers.

"The New American State" (TNAS) was released as an e-book on Amazon in October 2020. TNAS has outlined and predicted the American institutional system's conflicts caused by a specific state of politics and government - a governance by radicalized minorities.

"The New American State" provides answers to some of the most critical questions of the new decade - How will the lives of the next few American generations change? Are we at a turning point in the political history of the United States, one in which people in overall, be they "ordinary" or "extraordinarily empowered," will make fewer and fewer decisions? To what extent are political and social processes objective, and to what extent can we govern them? What depends on us?

"There are practically no conditions for reaching consensus. In a public environment characterized by a growing political polarization, the American political system produces a specific state of politics - a governance by radicalized minorities," says the author Dimitar Avramov.

The book describes an ongoing political trend - the traditional broad-based political process based on ideas, concepts, and ideologies is transforming into identity politics. It explains that the different ethnic communities turn into political enclaves, abandon the traditional forms of political representation and use their identity to establish their political statuses. The author describes that all forms of identity - race, ethnicity, religion, social and gender identity - have a growing influence in the process of establishing alliances in American politics.

"Any political alliances and movements based on identity politics, especially such that challenge the cultural foundations of Western civilization, increase the tensions in American politics," says Avramov. He adds that, "Although the first amendment of the U.S. Constitution protects citizens' religious beliefs and free speech, there is no constitutional amendment that protects broad-based politics based on values and ideas from being corrupted by identity politics."

He asks: "What would happen if any form of identity that has arisen and developed outside the Western world made a claim to influence American politics and the Western form of government in general?" Avramov focuses the readers' attention on some fundamental issues and ongoing social trends in American politics.

"To what extent is it possible for American democracy to be sustainable if the society is divided into political statuses based on identity? What if each of them is structured like a separate social class, with its own extreme political views about the state of the American union? Could the American society reach consensuses on the most important issues if there were irreconcilable conceptual differences in the worldview of its citizens and their political statuses as a result of identity politics?

"Do we not mistakenly assume that the existence of freedom and the constitutional protection of the individual will naturally change people's political values, regardless of the political, cultural, or religious tradition they belong to? Is it possible - with an intensive change in the ethnic composition of the society and under the influence of different cultural, religious, and political and traditions - for the United States to come to a point when it would change its system of government?"

Dimitar Avramov is a Bulgarian-born political scientist and writer who analyzes the trends and changes in the political process and statehood, political ideologies and electoral politics. The New American State is one of the best current political books. It is focused on the change of the American statehood. It offers a perspective on how the fourth industrial revolution, also called the Digital Revolution and Industry 4.0, marks the beginning of an era of deterritorialization.