The Ormewoods - Claire Pearson and Don McCollister - is an Americana and folk duo, and their new music video, "Hope, Pray, Sing," was released to draw people closer together rather than tear them apart. The duo's music is described by fans as "sexy, folk, pop and country." It's toe-tapping and, at times, profound. 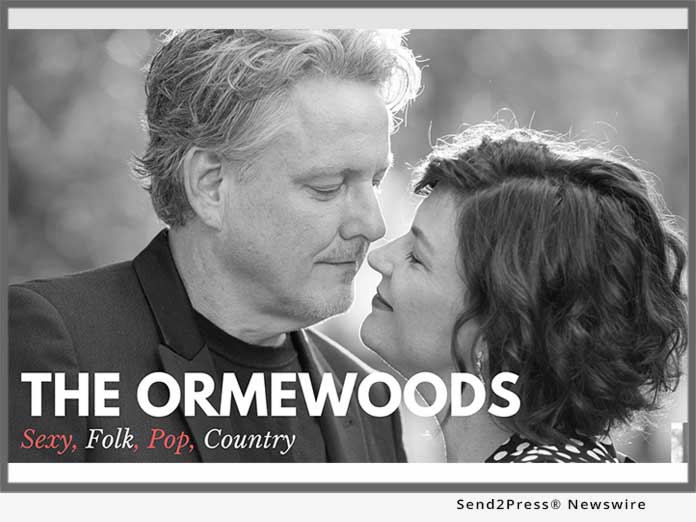 The Ormewoods - Claire Pearson and Don McCollister - is an Americana and folk duo, and their new music video, "Hope, Pray, Sing," was released to draw people closer together rather than tear them apart.

"The song was originally written after the 2016 U.S. presidential election," Pearson says. "I'm still a bit disconcerted, but I do know how to 'Hope, Pray and Sing.'"

As chief songwriter, Pearson draws lyric inspiration from her daily journals. The song's opening lyrics, "Hope to stand your ground, pray for angels to sound, sing for peace to be found," set the stage for a musical message with positive vibes.

"The hateful climate and the demonizing of people with different beliefs is our greatest concern," Pearson adds. "This song resonates with people who are sick of these things too."

Pearson says the response to "Hope, Pray, Sing" has been really lovely.

"Friends and family on both sides of the political fence have embraced it; we couldn't ask for anything more," she says.

The duo's music is described by fans as "sexy, folk, pop and country." It's toe-tapping and, at times, profound.

To date, The Ormewoods have produced two albums, "The Bedroom Sessions," which in 2017 spent more than 33 consecutive weeks on the folk charts, and "Not Your Mama's Folk."

The Ormewoods combine the best of their musical histories. The couple originally met more than 15 years ago, ended up going in different directions, and then fate brought them together again. McCollister is a two-time Grammy-award winning engineer/producer and Pearson is a longtime singer/songwriter and indie radio hit.

When reunited, they quickly built a fan base as they toured to promote their debut album, "The Bedroom Sessions." The album continues to receive strong Americana radio support across the country thanks to their number one single, "HeyBabe," a song about their relationship and how they circled back to each other.

Vocalists, multi-instrumentalists and seasoned performers, The Ormewoods share a passion for live performances and embrace audiences of all ages and fans of all music genres.