Broadway On Demand today announced the expansion of its Emmy® Award nominated streaming platform for theater and the performing arts, with the launch of its branded Free Ad-Supported Television (FAST) SmartTV channel, making its content accessible to more than 20 million homes. 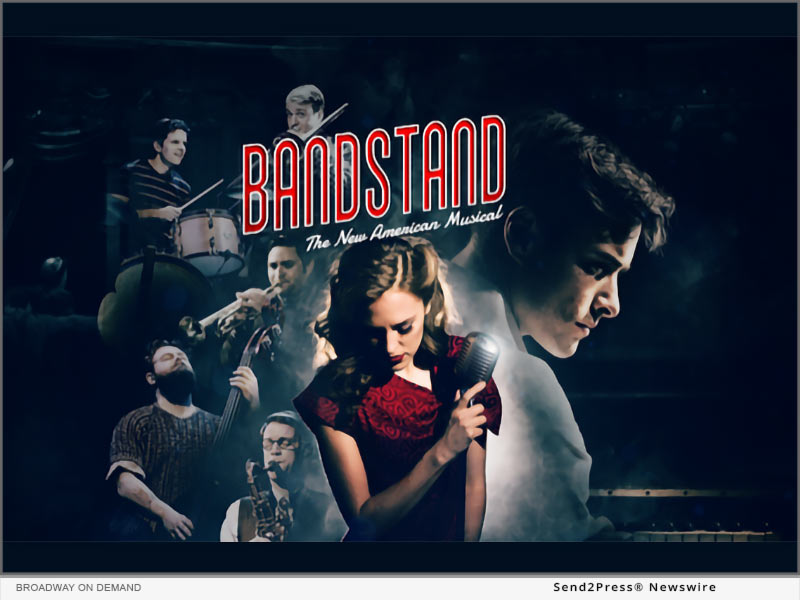 Broadway On Demand today announced the expansion of its Emmy® Award nominated streaming platform for theater and the performing arts, with the launch of its branded Free Ad-Supported Television (FAST) SmartTV channel, making its content accessible to more than 20 million homes.

In partnership with Triple-B Media, a leading FAST channel curation company founded by former ESPN executives, Anthony Bailey and Brendan Canning, Broadway On Demand positioned the launch of its FAST channel to be accessible to as many homes as possible during its debut outing.

"We are extremely proud to provide Broadway On Demand free in over 20 million homes, expanding global access to Broadway and theatre content," said CEO and President of Broadway On Demand, Sean Cercone. "Triple-B's long-standing expertise in live-television and the FAST space is integral in helping us to make everyone in the world, a theatre person."

As a result of the collaboration between both companies, the Broadway On Demand FAST channel is projected to supercharge adoption across as many as seven platforms by end of summer 2022, with the ultimate goal of reaching more than 200 million households by the end of 2023. Vice President of Broadway On Demand, Jeffery Keilholtz, led development of the channel. Keilholtz also created and executive produced the Emmy® Award nominated Broadway On Demand original series, "Broadway Master Class."

The Broadway On Demand FAST channel will feature hundreds of hours of premium content, including Broadway, Off-Broadway and West-end shows, original series, behind-the-scenes content, and more.

"We are very excited to offer the first FAST channel dedicated to everything Broadway, and Broadway On Demand is the perfect partner," Canning, the chief commercial officer of Triple-B Media, said. "Collectively, our idea is to provide audiences a 360-degree experience of the Broadway ecosystem, offering the viewer access not only to coveted Broadway shows, but exciting content that often transfers to The Great Bright Way."

Since its launch in June 2021, Triple-B has already generated a strong portfolio of 10 channels operating 24 hours a day, with a focus on exclusive niche content in sports and single-genre categories. Now, buoyed with new investment from Tupelo Media Group, a division of Gray Television, Triple-B is positioned to quicken its growth plans with new content producers and significantly growing its audience across all channels.

"From its start, Triple-B has focused on super serving passionate fans of niche and emerging content verticals, be it boxing, billiards or theater, with our goal to satiate and grow that interest," said Bailey, Triple-B's CEO. "With Tupelo Honey's investment, our thesis has been validated."

Viewers can find FAST services that will offer the free-to-watch channel at: http://www.BroadwayAtHome.TV.

About Broadway On Demand:

BROADWAY ON DEMAND is the industry-leading streaming platform housing performance & theater education programming, and the preferred choice of top Broadway artists, producers, educators, and professionals. Broadway On Demand has streamed over 3,000 events and live productions-from Broadway shows to concert series, performance venues to individual artists, and original content-in 114 countries to more than 300,000 active users and was honored with an Emmy® Award nomination in 2021. Thanks to a unique licensing interface, ShowShare™, approved middle school, high school, college, community, and professional theater productions utilize the platform to stream to their audiences. Broadway On Demand is available on the web, mobile, Apple and Android app store, Apple TV, Roku, Chromecast, and Amazon Fire TV. For access to the complete and ever-expanding Broadway On Demand library, visit https://www.broadwayondemand.com/.