"¿Cuánto dinero tiene Usted, señorita?" How much money do you have, Miss? barked la policía in the middle of the night at the then 17-year-old American high school exchange student Margaret Hayes, now author of the newly published book "Fearless Foreign Language" (ISBN 978-0578356853) and founder of Sit Down & Speak Up! Media. 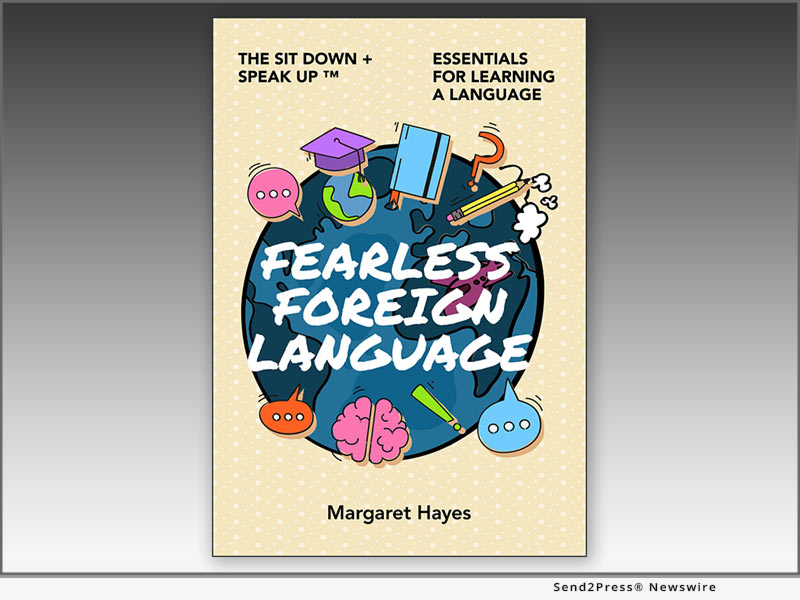 "¿Cuánto dinero tiene Usted, señorita?" How much money do you have, Miss? barked la policía in the middle of the night at the then 17-year-old American high school exchange student Margaret Hayes, now author of the newly published book "Fearless Foreign Language" (ISBN 978-0578356853) and founder of Sit Down & Speak Up! Media. She says she found herself on the wrong side of the law one evening cruising the empty streets with local amigos in the northern Mexican city of Torreón.

"We were briefly sitting in a car at the side of the road when suddenly a bright light was shone into the driver's side car window. This was in the mid 80s, but I remember it like it was yesterday. It hadn't occurred to any of us that hanging out in a non-public area late at night was frowned upon! Despite the harsh police demand, I wasn't scared. I thought it was kind of cool, actually, that I'd be able to tell my American friends I had to pay a mordida, a bribe, to escape arrest!"

Quickly, Margaret fished a twenty-dollar bill out of her purse and passed along to the authorities.

"After imagining the 'what if?' scenarios playing in my head, I realized I was fortunate I had it on hand."

"Fearless" and "foreign" didn't always go together for Margaret. She entered her first languages class, French, with a lot of apprehension.

Experts note that up to 30% of language students suffer from Foreign Language Anxiety. The phenomenon causes discomfort in the classroom as beginning learners fear sounding stupid or dread learning new vocabulary.

"Did I suffer from Foreign Language Anxiety? Absolutely. I had no idea how well I would do in my French class. I went in with my stomach in the proverbial knots, sure I would not be able to speak a single word correctly."

"I ended up enjoying French tremendously," Margaret recalls with relief. "It became my favorite class."

Knowing ahead of time what to expect helps to allay any surprises, Margaret says. "Confidence is an attribute parents want more than anything for their children. The pride that young people who can speak another language feel contributes to this goal. There is no need to pay bribes overseas. Just have fun with your budding language talents!"

Margaret's book, written for intrepid teens to get a head start in the world languages classroom, is entitled "Fearless Foreign Language."

It was released on March 17 and is available at major book retailers.

Find the book on Amazon at: https://amzn.to/3IoZrsJ

About Sit Down & Speak Up! Media

Experts say Foreign Language Anxiety is suffered by up to 30% of any given students in their new world languages classes. Sit Down & Speak Up! Media, publisher of "Fearless Foreign Language," aims to address these concerns by giving young people a head start on their fabulous new journey in the Spanish, French, or German classroom.

'I had to pay a mordida to escape arrest.'